“Always remember this: life is a journey. It is a path, a journey to meet Jesus.
At the end, and forever.” 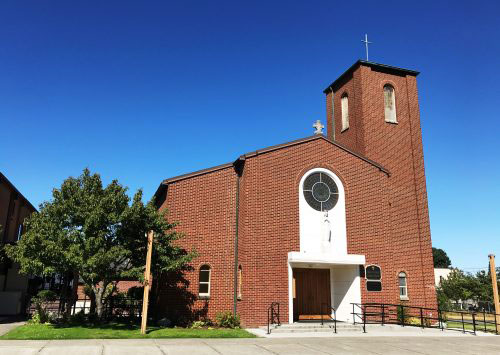 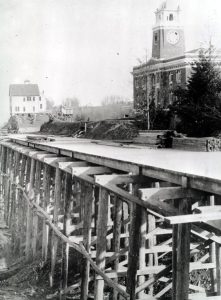 The first Port Angeles Catholic church was built in 1891 on Lincoln Street between Second and Third Streets. The tenure of that building as a church was brief and it was sold to the County in 1892 for use as the courthouse during the downtown reconstruction period. By mid-1892 the new church site was chosen; located near where it resides today at 11th and Oak Street. “Parish” status was established in 1904. The parochial school was opened in August 1927 with 148 students. The current church building was completed in 1953. The original social hall was demolished in 1977 and replaced with the O’Donnell Hall, named after Rev. Luke O’Donnell, OSB. 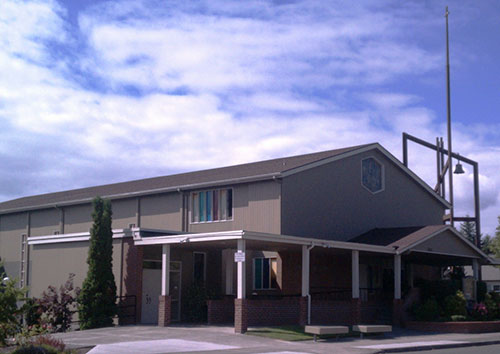 In 1881, “The Holy Angels Church” in Port Angeles was established. The Sequim area was at the time considered part of the Port Angeles parish, and it wasn’t until 1916 that St. Joseph Mission was established as a mission of Queen of Angels Parish in Port Angeles.The first pastor of St. Joseph Mission Church was, of course, the pastor of Queen of Angels Church in Port Angeles – Father Albert Erkins, OSB. The first church was built in 1916. Before this time Mass was celebrated (usually on a weekday) at the home of Mr. F. Grennan. Mr. Keeler of Sequim, a non Catholic, donated the land of the present church site for the location of the new chapel. A church building was blessed on January 9, 1916. Between 1916 and 1940, Mass was usually celebrated once a month (twice at the most) by priests from Queen of Angels. The membership of St. Joseph’s was just a handful – perhaps about 10 members – growing to about 133 people (17 families) by 1938. In 1940, it was decided that there would be Mass every Sunday in Sequim.

By 1964 the first church building could no longer hold the numbers that came to worship at St. Joseph and so the 81 families of the parish undertook a building project for the present church. The cost of the church was $108,500, which was paid off in 1973 through the generosity and hard work of the good people of St. Joseph. The new church was built next to the old church (which was torn down) and dedicated on July 17, 1966, by then Auxiliary Bishop Thomas Gill of Seattle.

In 1976, after 60 years as a Mission Church, St. Joseph was established as a full parish, beginning a new era of growth among God’s people in the North Olympic Peninsula. Father James Deady was the first pastor of this new parish community.